The cost of energy is a source of financial stress for many New Zealand households.

In fact, according to a discussion document released in September 2018, as part of an Electricity Price Review, more than 100,00 New Zealand households (103,000) in the 2016 financial year were in “energy hardship” – paying more than 10% of their annual income on home power bills.

The Government launched its 13-month independent review to investigate whether the electricity market is providing fair and equitable prices, in an environment where technology is constantly evolving.

Now that the review has wrapped up, The Government has since proposed a number of changes to the way consumers are charged for electricity, including the possibility of eliminating early payment discounts. But, as Canstar NZ General Manager Jose George points out in this earlier opinion piece, this could also have a number of unintended consequences.

So, with so many of our day-to-day home activities involving electricity – think hot showers, using lights and cooking, to name an obvious few – where do you start in reducing energy costs?

While these statistics do seem pretty concerning, the good news is that there are some steps we can take as individuals and as households to reduce energy consumption – and the dent to our wallets.

Some appliances use a lot more power than others. Clothes dryers, washing machines, even your kettle, are power guzzlers. So, use them mindfully. Even little things, such as leaving extra lights on and leaving your appliances on standby, add to your costs.

Keeping your house ice cold in summer or toasty warm in winter is expensive. So, if you use air conditioning/heating then try adjusting the thermostat to a less-expensive setting. Also, consider changing the temperature in the laundry; washing your clothes in cold water and drying them on the washing line is cheaper than hot water (and much cheaper than using a dryer).

If you have a choice of energy supplier, then it makes sense to exercise that choice! The power to choose puts you in the driving seat. So, pull out the most recent copy of your gas/electricity bill, analyse your usage, then phone around to see what sort of cheaper deals you could get elsewhere. The Government’s proposed changes to electricity pricing structures may change how this process plays out. But, at least for now, shop-around-deals are still in play. As always, Canstar Blue reminds consumers that there is more to choosing a provider and product than just price; you want to know that you’ll also get good service and communication for your energy dollar. To help you narrow down your choices, Canstar Blue surveys New Zealanders on their level of satisfaction with their energy provider. To see how New Zealand electricity providers fare, use our free customer satisfaction ratings, below.

If you’re happy with your current provider, you may even be able to go back to them with your new market research to negotiate a better deal to stay. Phone your existing supplier and ask them to match other deal(s) that you have been offered. It could be less hassle than switching!

It’s great to think about all the things you could do to reduce your energy costs – but it won’t happen unless you actually do them. Start today! 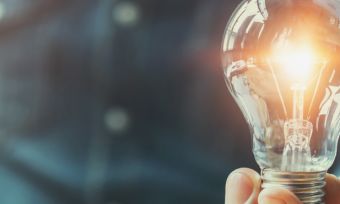 Opinion: Proposed electricity reforms signal major shakeup - so who will be the winner?

How to cool your home efficiently this summer