The size of your power bill isn’t just about how much electricity you use. The region in which you live also has a big effect. Canstar explores the differences in electricity prices around Aotearoa.

We all rely on electricity in our day-to-day lives. But whether it’s to watch TV, run the heat pump, or put on a load of washing – you’re adding to your power bill. The rate you are charged for the power you use is referred to as a “variable rate”. This is usually between $0.24/kWh and $0.41/kWh for customers on Low User plans, and between $0.26/kWh and $0.43/kWh for Standard User plans. If you’re not sure about the difference, check out our electricity ratings and guide.

Usage charges can make up a large portion of your power bill, particularly if you’re on a Low User plan. That’s why it’s important to do your research to find a good rate on electricity – but what exactly does a “good rate” look like? In this article, Canstar breaks down the average electricity costs by kWh and provides a guide on how to find a cheap deal in your area.

The price you pay for electricity largely depends on your energy distributor – the company responsible for maintaining the poles and wires that transport power to your home. There are over 30 distributors in New Zealand, with each operating in exclusive geographical areas. Some distribution regions have only a single or few electricity retailers to choose from, while more urban regions will usually have many more electricity retailers competing for your custom. The table below shows the average rates for regional electricity tariffs in New Zealand.

As you can see, the rate you pay for electricity varies considerably depending on your region. While you might not think a few cents makes much difference, these costs add up over a year – especially for households using plenty of electricity.

Low User customers are charged a fraction of the daily fixed supply charge that Standard Users pay. A Daily Fixed Charge is a fee associated with the cost of simply being connected to the electricity grid – you’re charged this regardless of how much power you use. While Standard Users pay Daily Fixed Charges anywhere from $1.50 to $2.50 per day, Low Users are usually only charged 30c to 40c per day.

A Low User Plan is recommended for households that consume less than 9000kWh of electricity per annum in the South Island, and less than 8000kWh in the North Island. Most customers are on a Low User plan, which is ideal for 1-2 person households. All other energy customers should be on a Standard User plan.

It’s worth nothing that the total cost per kWh has two parts: part of it is for the electricity itself, the other is to pay for the electricity grid that delivers the power to your home. When looking at the countrywide differences in the costs per kWh in the Standard User plan rates listed above, it’s worth taking into consideration how the costs associated with delivering power differ from region to region. In Kerikeri, for example, 25c goes towards lines component cost and 18c to energy and other component costs, whereas consumers in Auckland pay only 11c for their lines component:

Where do I find variable rate charges?

Finding your electricity rates can be a little tedious, but it certainly pays to do your research. To find the rates of an electricity retailer, visit their website and look for a pricing section. Most retailers require you to insert an address, though some just need to know your general area to give you an idea of your rates.

You need to be conscious of a few traps, so be sure to ask yourself some of the following questions when comparing rates:

Who sets my electricity usage charges?

The daily fixed charge component of your power bill reflects the expected cost to the distributor of maintaining the electricity network, including the meter rental and meter reading costs. The Electricity Authority regulates daily fixed charges to varying extents. Some distributors are limited by revenue caps that restrict what they can charge customers.

How often do electricity rates change? 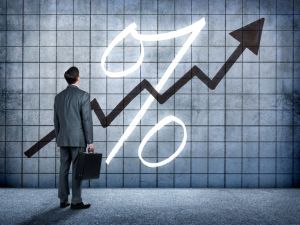 It’s most common for electricity rates to change just once every 12 months. Some retailers do this on a by-customer basis, changing individual rates on the anniversary of their sign up. Other retailers apply a customer-wide rate change on a set date. While others offer monthly deals, such as Powershop.

In most situations, your energy company needs to give you advanced notice that they’re changing your rates, allowing you to switch retailers if you’re unhappy with the price change.

Some retailers offer what is called a ‘fixed rate plan’. These deals essentially stop your rates from changing for a period of time – usually two years. While the initial variable rate may be slightly higher than standard deals, you can potentially save in the long term by sheltering yourself from electricity price increases. Only the variable rate charge is frozen, however, so any change to the daily fixed charge or Electricity Authority levy will be passed on to the customer.

How do I find the best kWh price for power?

The fact that you’re reading this means that you’re already on the right track to finding a great deal on power. But when comparing power companies, it’s important to consider the broader picture – don’t become too focused on finding a deal with a big prompt payment discount or special perk. Be sure to balance all the rates, discounts, fees and contract periods when making a decision, as well as more personal factors, such as customer service and support.

To help you find the best value electricity retailer, Canstar rates NZ power companies for customer satisfaction and value for money, see the table below for some of the results, or you can click on the button below for the full results of our survey. 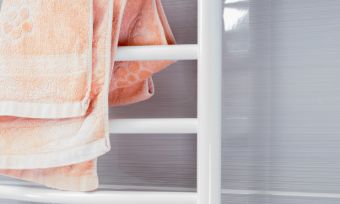 9 Tips For Slashing Your Power Bill