In 2015, Kiwis gave Dunlop New Zealand car tyres a combination of 4-star and 3-star rating for various drivers of customer satisfaction. You can view our Canstar Blue survey results here.

From the man who invented the pneumatic tyre for his son’s tricycle have come the common car tyre, tennis balls in 1924, sports shoes and Volleys in 1939, aircraft brake systems, and so much more. You can use the Dunlop tyre selector to choose the right tyre for your car, or find your local Dunlop NZ dealer online.

In 1897, Dunlop opened its first office in Christchurch, selling bicycle tyres and tubes but it didn’t become its own company until 1946. In 1937, the company gained rights to manufacture retread rubber tyres and rubber products such as for the dairy industry, battery boxes and hot water bottles.

For many years afterwards, Dunlop NZ was one of New Zealand’s leading tyre manufacturers and a key part of the national economy. Their tyres were used in major hydro electrical, highway and constructions projects from 1949 onwards, as well as the car industry and NZ motorsport pits. By the end of the 1960s, they were manufacturing a range of other products including mattresses, golf balls and sporting equipment, as well as retreads.

From the beginning, Dunlop’s history has been driven by compassion and a desire to create a smooth, safe driving experience. In 1888, John Boyd Dunlop’s young son caught a common cold and the doctor prescribed cycling as the cure. To give his son a smoother ride on his tricycle while he wasn’t feeling well, Dunlop created tyres made of canvas bonded with liquid rubber. Boyd patented the concept in Belfast, Ireland and the very next year, little-known cyclist Willie Hume used Dunlop tyres to win a series of racing events.

Dunlop went on to found the Dunlop Pneumatic Tyre Co. Ltd. and opened a bicycle tyre manufacturing factory in 1890 in Dublin. Its first car tyre was made in 1900 and its first aircraft tyre was made in 1910. In twenty years, Dunlop made the solid tyre obsolete and grew from a pioneer to one of the first multi-national companies.

Dunlop invented the self-sealing tyre in 1948, followed in the early 1950s by Maxaret, the first anti-lock braking system. You can read about the many Dunlop tyre historical innovations and modern innovations, including the following: 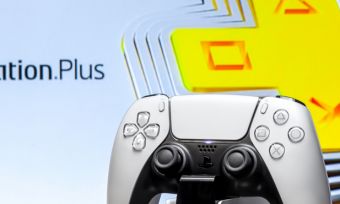