Advertisement
Lights and heating left on after your flatmates have gone to work? It’s time for that meeting to avoid nasty surprises in your power bill.

Approaching a flatmate about excessive power usage may be tricky, but often people just need a quick reminder and it’s an easy fix. Plus, the planet will thank you for it.

Your flatmate leaves an air conditioner or heater on constantly

The chances are the flatmates you live with will be keen on saving money where they can, too. Show them a copy of your most recent electricity bill – or even better get them to track your usage on a smartphone app – and let them know you could be saving on power by avoiding leaving the AC blasting.

If you have an AC unit installed, suggest using the fan only setting, which helps you feel cooler by creating a breeze. This will use a lot less electricity than the full cooling mode. Also think about leaving your windows open where possible when you’re out at work or uni, good cross-ventilation can help cool down a home in summer. According to Genesis Energy, sometimes heat isn’t the problem, it’s the humidity. If you’ve a dehumidifier setting on your heat pump, try turning it on for half an hour to dry out the air. This can make a big difference to how cool your house feels.

Take the same approach in winter and talk openly with your flatmates about only using heating when you need it, and not leaving it running when no one’s home. Not every house has a heat pump or wood fire, so consider what portable electric heater could work best in your flat (and remember to turn it off!).

Your flatmate forgets to turn off the lights

It’s a scenario we all know far too well. You arrive home to an empty flat but strangely enough it appears every light has been left on. Put yourself in the same boat as the culprit, here, to make sure they don’t feel the need to be defensive. Suggest you all need to get better at remembering to turn off lights, and to remind each other when they’re left on. That way the habit will become ingrained in everyone’s heads and no one cops the full blame. Lighting is also one of the easiest places to save energy around your house. Turning lights off when you’re not using them is key, but you can also replace incandescent light bulbs with energy efficient LEDs. You’ll save $100 or more a year on electricity in your house, according to energywise.govt.nz. For five hours of power, one LED light bulb uses 10 watts of power, while an incandescent light bulb will use a hefty 60 watts.

Your TV won’t waste as much electricity as your heating/AC system, but if a habit of leaving it switched on for long periods of time continues, it can still impact your bill. Ask your flatmate why they leave the TV on – is it something they forget to turn off, or is it something they like to have on in the background? Whatever the reason, just remind them to switch it off when it’s not actively being watched. Another solution could be a smart outlet with a timer that will automatically turn off the TV in hours you set.

Avoid passive aggressive sticky notes and just be honest. Put in a group chat that you’ve noticed the electricity bill spike last month, and it would be great if you could make a joint effort to cut down on shower time. Team work, folks!

Heating water is expensive, and long hot showers add up. Reducing shower time can significantly help save on energy bills. A 15-minute shower costs around $1, so for a house of four people that’s $4 a day or $1460 a year, according to Genesis Energy. If everyone in the house reduces that to five minutes, you could save 66% on your hot water bills for showers – a saving of around $950 a year. Other things to consider:

Think about making dinner a communal activity. If each flatmate of a four-person house cooks their dinner individually each night, that’s 28 meals being baked, fried or boiled each week. Even if you eat just a couple of communal meals each week, cutting down on using appliances can help reduce an electricity bill.

Doing laundry is a similar story, ask your house mates if anyone else is doing washing the day you are. Combine your loads and use a cold wash. A hot water wash can use 10 times more electricity than a cold one. In summer, make an effort to dry clothes outside if you can. According to Energywise.govt.nz, a typical clothes dryer will cost about $1 per load. Doesn’t sound like a lot? Multiply that across four flatties doing two loads per week and the costs add up.

Click below to read more on what electricity provider is right for you. 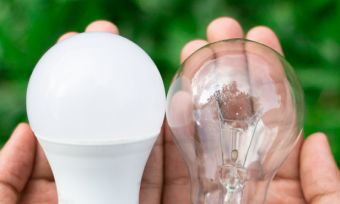