New Zealand has announced that it will ban single-use plastic bags over the next year in a move that looks set to put Australia to shame.

“Every year in New Zealand we use hundreds of millions of single-use plastic bags. A mountain of bags, many of which end up polluting our precious coastal and marine environments and cause serious harm to all kinds of marine life, and all of this when there are viable alternatives for consumers and business.”

Stakeholders have until 14 September 2018 to make any submissions to the government about the issue, after which the government will set a date from which retailers have six months to eliminate plastic bags from its stores.

Ardern cited a petition signed by 65,000 people to show that the move is in line with what the public demands.

“It is also the biggest single subject schoolchildren write to me about,” she said.

The plastic bag debate has also been a hot issue in Australia where supermarkets Coles and Woolworths banned single-use plastic bags from 1 July 2018.

However, Coles quickly backflipped on the policy and continued to supply free plastic bags, citing customer backlash as the reason. But the move attracted further public criticism, forcing Coles to reimplement the bag ban from 28 August 2018.

Unlike New Zealand, Australia does not have a nationwide ban on single-use plastic bags. However, states have taken it upon themselves to introduce such laws. South Australia, the Northern Territory, the ACT, Tasmania, Queensland and Western Australia all have plastic bag bans in effect. Victoria is also expected to ban them from 2019. That leaves New South Wales – Australia’s largest state – yet to ban the bags.

Jacinda Ardern says retailers will have six months to stop providing lightweight plastic bags or face fines of up to NZ$100,000.https://t.co/QWEilgLPsv pic.twitter.com/C1LxcskuId

Plastic bags on the way out of NZ

Many of New Zealand’s major retailers have already removed single-use plastic bags or plan to by the end of the year. These include Countdown, New World, Four Square and Pak’nSave. However, Ardern believes that the government’s proposed laws recognise that the nation needs a collective response to tackle plastic pollution.

The Guardian reports that New Zealand has one of the highest rates of urban waste production per capita in the developed world, with 750m plastic shopping bags, roughly 154 per person, used each year.

The government’s plastic bag ban has largely been met with praise globally. But some detractors, including the leader of opposition in New Zealand, Simon Bridges, said this is “low-hanging fruit that won’t make any real difference”.

New Zealand joins a club of more than 40 countries that have already banned plastic bags, including Bangladesh, South Africa, England, Italy and Germany. 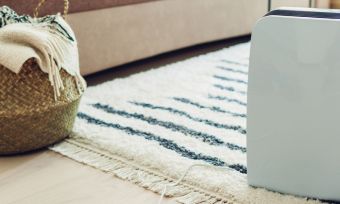 What is NZ’s Best Dehumidifier? Mitsubishi!