The 3rd generation of iPhone SE, the iPhone SE 2022, is a ‘cheaper’ iPhone that packs Apple’s fastest-ever phone processor. But it may underwhelm in screen size and battery life. It’s not a device aimed at high-end buyers, but could be a good option for long-term Apple users who are well overdue for an upgrade and prefer a smaller display or tight on budget. Read more below.

Apple’s newest smartphone, the more-affordable iPhone SE, hit New Zealand stores in late March, offering buyers a lower-priced alternative to the premium iPhone 13 series. With a retail price beginning at $799, the 2022 edition of the iPhone SE combines the classic Apple device design with high-tech software and features. Including a super-fast processor and the very latest iOS 15 operating system.

Still, despite being positioned as a ‘cheaper’ iPhone, the SE remains firmly in that upper mid-range/low high-end price bracket, and faces hefty competition from similarly-priced releases from brands such as Samsung and OPPO. Apple fans ready to upgrade may be wondering if this year’s SE is worth that (almost) $800 price tag. So, we’ve taken the device for an in-depth test drive to see how it stacks up. 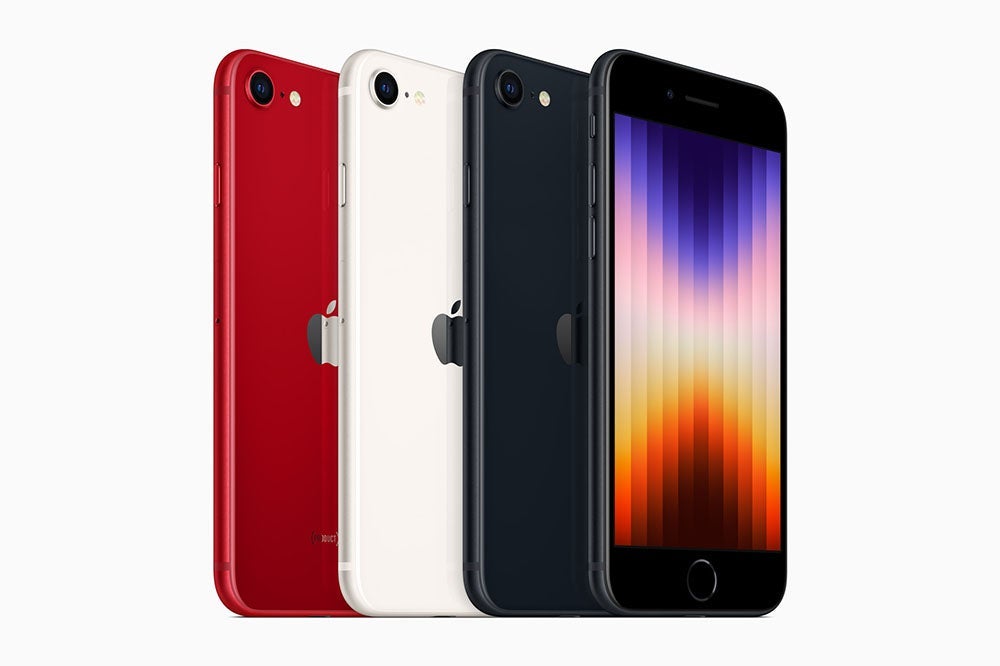 Here are some of the key features and specifications of Apple’s 2022 iPhone SE:

With the rest of the smartphone world ditching physical buttons and big bezels in favour of end-to-end displays and under-screen sensors, Apple’s 2022 SE feels like a throwback. Or at least it would. If it didn’t carry more or less the exact same design as the 2020 version.

The second-generation 2020 SE followed the design and form specifications of Apple’s 2017 iPhone 8, meaning this year’s SE is virtually indistinguishable from Apple’s flagship from five years ago.

Of course, if you’re comfortable with this compact and classic design, the rather retro look and feel won’t be an issue. The 2022 SE offers a 4.7-inch display, housed in a 5.45-inch x 2.65-inch body — you’ll get significant bezels across the top and bottom, which house the front selfie camera and large central Home button. While there’s a distinct lack of screen real estate compared to other newer mid and high-range phones, the familiar design and light weight should put pre-iPhone X upgraders instantly at ease.

The main adjustment for buyers used to older models will be the lack of a dedicated headphone jack (now replaced by the bottom Lightning port). However, the phone’s power buttons, volume controls and speakers are all in the same place, as well as the single rear camera and flash in the top back left.

Compared to the previous edition of the SE, the 2022 model is also sturdier, with Apple stating the device is coated with ‘the toughest glass in a smartphone’ in both the front and back. This isn’t the specially-made Ceramic Shield coating found on the iPhone 13 range, which helps protect against, bumps, scratches and shatters, but the SE still seems quite durable (although we didn’t have the guts to perform any high-range drop tests to find out). The SE is also rated IP67 for dust and water resistance, meaning it can withstand submersion in up to one metre of water for up to 30 minutes.

The SE’s display includes Apple’s Retina HD technology, along with the same True Tone and Wide colour features as you’ll find on the more expensive iPhone 13. The 2022 SE offers a typical maximum brightness of 625 nits, which is well below the 800 nits (and 1200 nits in HDR) you’ll get with the 13 series. But for general use, the SE does fine when you’re not in direct sunlight.

One of the biggest selling points of the 2022 SE is the inclusion of Apple’s newest A15 Bionic chipset. That’s the same processor you’ll find on the premium iPhone 13 series. Make no mistake, this is phone is fast — and you won’t find better performance for this price point. The device handles media, gaming and multitasking without breaking a sweat, and stays cool even during extended periods of intensive usage.

Apple says the 2022 SE offers a graphics performance that’s up to 1.2 times faster than the 2020 edition, and if you don’t mind a smaller display, you’ll find the phone delivers a smooth and speedy gaming experience. Paired with the newest iOS 15 operating system, this year’s SE includes most of the must-have features you’ll find on the more expensive 13 range. Although the lack of Facial ID means Touch ID via the home button will be the go-to for unlocking for most users.

The 2022 SE is also the first iPhone SE to be 5G-capable, joining the iPhone 13 and iPhone 13 series. The inclusion of 5G connectivity is a huge plus for users who want a more future-proofed iPhone but are reluctant to upgrade to the more expensive iPhone 13 or even last year’s iPhone 12. 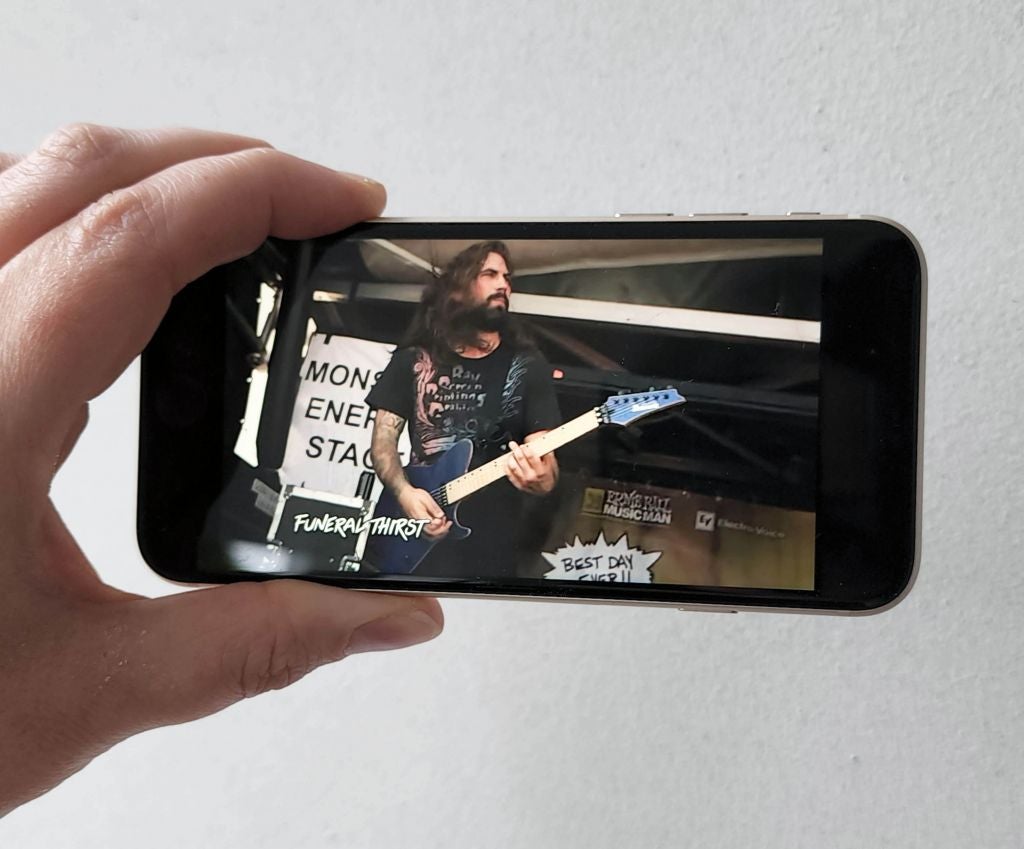 As 5G is now becoming a common feature on many mid-range devices, it’s a well overdue update from Apple. The combo of 5G mobile and fast WiFi 6 support, paired with the A15 Bionic chip, makes the 2022 iPhone SE one of the speediest and most efficient smartphones on offer under $1000.

Unfortunately, despite the otherwise impressive internals, the SE’s battery life may be a let down for heavier users. While the phone’s power does hold up if you’re not consuming media or on hours-long voice calls, I did find that battery could deplete unexpectedly quickly during certain activities. Streaming a standard definition film on Netflix over wi-fi, at around 50% screen brightness, took the SE from 100% down to 70% in just over 90 minutes; during another test, two hours of streaming —  plus a brief 5-minute phone call halfway through — saw the battery fall from fully-charged to just 36%.

While there may have been background processes impacting the second result — I wasn’t able to duplicate such a severe power drop in similar experiments — it’s still a serious con for buyers wanting a device that can offer all-day battery. In comparison, a similar test performed on the iPhone 13 in my review late last year showed a battery life loss of 6% in two hours (although for transparency that was after streaming YouTube, not Netflix).

Apple says this year’s SE can offer up to 15 hours of streamed video on a single full charge, but this seems highly unlikely based on my experience. The good news is that the device is fast-charge compatible, so power can be replenished by up to 50% in just half an hour with a 20W adaptor.

But potential buyers should keep the very average battery performance in mind if all-day (albeit heavy) use is a priority.

→Related article: How to give your iPhone a Performance Boost

Apple has built a well-deserved reputation for ‘phoneography’, and can generally be counted on to deliver the year’s best-rated smartphone cameras with each generation of its flagship iPhone series. While the high-end iPhone 13 series features dual and triple rear cameras, the cheaper iPhone SE comes with just one 12-megapixel wide camera in the back.

However, buyers shouldn’t discount the scope of that single-lens shooter.

Backed by the powerful A15 Bionic, the SE’s rear camera is fast and capable, offering great image quality even without extras like ultra-wide angle or Macro lenses. Apple has chosen to beef up the SE’s photographic prowess with software improvements. So you’ll get Smart HDR 4 to refine contrast and offer realistic skin tones for up to four subjects per image. The SE also features Deep Fusion. This increases detail by studying and adjusting exposure pixel-by-pixel for improved mid to low-light snaps.

Unfortunately, the SE does fall short in those low-light conditions. Even with the help of Deep Fusion. The 2022 SE doesn’t include Night Mode, so pictures taken in less-than-abundant lighting can’t compete with the results you’ll get from devices with dedicated after-dark modes. For many users, this isn’t an issue, but if you do plan on taking shots in darker environments it’s something to weigh up before you buy.

Of course, if you’re keener on selfies than on night-time snaps, the SE also includes a 7-megapixel Facetime HD camera in front. Plus Portrait Mode and plenty of pic-improving settings and features. Portrait Mode offers a nice background blur to better frame your subject, and you can choose from six Portrait Lighting effects — including Stage Light, Natural Light, Studio Light and Contour Light — to enhance your photo.

Overall, the SE holds its own against similarly-priced smartphone cameras, despite the lack of a wide-angle lens. Photos do tend to come out on the warm side colour-wise, but that’s typical of iPhone cameras in general. You’ll want to snap your shots in good lighting to get the best results, but for the target market, the SE’s front and back cameras are more than fine.

→Related article: When Do You Really Need to Upgrade Your Phone?

Should I buy the iPhone SE?

If you’re still on the iPhone 8 or older, the transition to the SE will be a breeze, and could be a good choice for your next phone. You’ll get the same physical Home button and intuitive iOS software, but with a blistering-fast processor and upgraded cameras. The SE may also be a good choice for anyone making the jump to their first smartphone.

But if you’ve been using one of Apple’s pricier and bigger phones, (or even a flagship Samsung device), particularly one with a larger display, the 2022 SE could feel like a downgrade.

The big drawbacks here are the relatively smaller screen size, average battery, and single rear camera. The 12-megapixel rear camera is still more than capable of delivering memorable pics in good conditions. But if you’re already shelling out for an Apple device, you may want to spend more and take advantage of the company’s market-leading iPhone 13 camera system.

Heading straight to the 13 series — or even last year’s iPhone 12 — will also get you a bump in battery life, as well as a bigger and brighter display and an overall more modern design.

While the inclusion of the excellent A15 Bionic means you’ll get premium hardware, it’s hard to pin down the type of buyer who prioritises a powerful processor but doesn’t need to pair it with high-end cameras or a larger and more vibrant display.

Typically, if you care about the processor, you’ll also care about other premium features.

It’s possible that a lot of Apple users who move to the 2022 SE will simply be upgrading from an out-of-date iPhone, and may have picked this device regardless of features, simply due to the price or familiarity. The flagship devices are simply out of many people’s price range, and far beyond what users may expect based on what they paid a few years ago.

If you are looking for alternatives at this price point, you may want to consider Samsung’s Galaxy A series line. This features some of the best phones in its price range.

But if you are absolutely set on an iPhone, the next-cheapest option released in the last 12 months is the iPhone 13 Mini. It’s definitely the ‘better’ phone in terms of features, but does cost about $400 more…

So if you need help deciding, our in-depth comparison of the 2022 iPhone SE and the iPhone 13 Mini can be read here.

About the reviewer of this page

This report was reviewed by Canstar Content Producer, Andrew Broadley. Andrew is an experienced writer with a wide range of industry experience. Starting out, he cut his teeth working as a writer for print and online magazines, and he has worked in both journalism and editorial roles. His content has covered lifestyle and culture, marketing and, more recently, finance for Canstar. 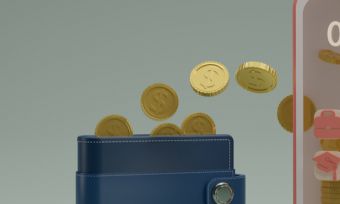 How to Save on Your Phone Costs: Cheap Phones, Plans, and Tips to Help You Save