Advertisement
Refurbished phones can be a great way to bring down the cost of your next phone purchase. But what exactly is a refurbished phone, and what are the risks to consider? Canstar Blue takes a look.

While browsing online, you may have seen late-model phones being advertised for not so late-model prices. A throwback to simpler times when new phones didn’t outprice TVs and laptops. But sorry to say, you haven’t time-travelled. To buy the latest iPhones and Samsung Galaxys new, it’s as expensive as ever.

If you have noticed seemingly new phones going for cheap, it’s likely because these phones are refurbished.

Refurbished phones are all over the internet now, as they have become an increasingly popular choice for people looking to upgrade their current phone. And it’s no wonder why. Refurbished phones can be a great way to save money and reduce the carbon footprint of your selfies and swiping.

But what is a refurbished phone exactly? And what are the risks to consider?

What is a refurbished phone?

Used phones that have been returned or traded in are tested and repaired before they are resold. Because they are not new, but they have received refurbishment, they are sold as refurbished phones. This differs from used phones, which are simply second-hand phones being resold, as is.

Because refurbished phones undergo these tests, and receive any maintenance or replacement parts that are required, you can expect refurbished phones to be in good working order, even if there are some cosmetic issues (they are used, remember).

So I can only get old phones?

Plenty of consumers return or sell their new devices shortly after purchasing. It could be due to issues or they could just not like it. They could need the money for something else. They may even want to trade in their iPhone 12 because they now want the iPhone 12 pro. In some cases, the phones will need extensive repairs. And in some cases, the phones will have no faults at all!

Because refurbished phones are second-hand, it goes without saying you won’t be able to buy the latest phone on release day. But, within a few months of release, there should be plenty of refurbished models around.

→ Related article: Which is Better? Samsung Galaxy S21 vs. iPhone 12

Refurbished phones can be a great option if you’re looking to upgrade or replace your current phone.

As mentioned above, you can find even the latest-model phones refurbished. Any faults (if any) these phones had would have been repaired, and you can expect these to operate as good as any other new phone. And depending how new the phone is, it may not have even a scratch. You could be getting yourself an essentially brand-new item.

But another benefit of refurbished phones is that they offer older models that are no longer available in-store. As we know, phones are regularly replaced not because they are old and broken, but because people want new ones. In the fast-moving technology industry, perfectly good phones are discarded regularly. Your local smartphone dealer is only going to stock the latest few models, but that doesn’t mean a heap of older models aren’t floating around elsewhere.

Refurbished phone sellers offer plenty of phones that, while no longer in stores, are still perfectly usable for the average consumer. Phones that were over $1000 a few years ago, can now be found for a fraction of the price.

Why should I buy a refurbished phone?

This one should be obvious by this point. Refurbished phones are going to be cheaper. How much cheaper will depend on the condition. While all refurbished phones can be expected to be in good working order, cosmetically there may be signs of wear. Usually, sellers will have a scale that outlines the condition of the phone. A refurbished phone that looks brand new may only be a touch cheaper than actually buying new. One that has some bumps and bruises will probably be a fair chunk cheaper. This may also give some hint to how old the phone is. Was a fault found during the sale, or was it owned by someone else for a few months before being returned? There is no way to know for sure, but the cosmetic condition could provide some insight.

Additionally, if you’re not looking for the most cutting-edge high-end phones, this could be a great way to get phones for much cheaper than what is available in-store. For example, stores will usually only stock the latest few iPhones, while refurbished phone sellers will often have models dating back years. Furthermore, your local retailer may have entry-level models for $300+, but you can get refurbished phones for even less than that. You may find yourself a real bargain!

Keep in mind that while the phones may be in great working order, depending on how old the model is, they may become incompatible with the latest updates and features. This could impact how usable your new phone actually is.

Buying second-hand is one of the best ways you can help reduce your carbon footprint, regardless of the item!

Buying a second-hand phone can, however, be risky. You’re relying on the seller to be honest about the condition, and there’s no way of predicting if a fault is looming on the horizon. With refurbished phones, you are buying second-hand, but with the confidence that it’s been well checked over to ensure it’s in great working order.

And if your refurbished phone does have an issue, you’ll still be covered, under New Zealand law, like you would with a new phone. In addition to this, many sellers offer extended warranties and guarantees.

Refurbished phones can be great for your carbon footprint because smartphones are, unfortunately, an environmental disaster. The components that make up the inside consist of non-renewable elements that have to be mined from our earth. And at the other end of their lifecycle, when phones are disposed of, they are most likely not recycled; leeching toxins into landfills. And if they are recycled, likely, a lot of those parts aren’t actually recyclable!

So the number one way you can help? Avoid buying new phones.

What are the risks?

If you buy a refurbished phone from a reliable reseller, there are next to no risks. Apple, for example, refurbishes all their items with the same replacement parts they use for their new items. You are essentially getting a new item. This is also why the price is only marginally cheaper.

The risk comes if you do not use a reliable provider. Make sure you know their practices. Are they using new parts in their repairs? What tests are they doing? Additionally, batteries cannot be repaired and they wear over time. Even if the phone has no faults, if the phone is a couple of years old the battery could be less efficient than it should be. Ask your seller if they have replaced it.

Despite the stigma that refurbished phones are rejects that are riddled with faults, it’s just not true. The checks done during the refurbishment process are often more rigorous than the ones done for phones fresh off the factory line. it’s quite possible that buying a new phone is more likely to have a fault arise. If you go through a trusted seller you can get a great phone for a great price. One that is just as reliable as a new one.

In saying this, all purchases, new or old, come with risk. Check the store’s policies and know your rights should anything go wrong.

Keep in mind, that if you buy an older model phone, it could struggle to cope with modern requirements. It may lag and have issues not due to it being a refurbished phone, but because modern apps and operating systems are asking a lot more of it. Perhaps the phone just wasn’t made to handle it.

While the bones that make up your phone matter, the phone plan you’re on makes all the difference in getting the most out of your phone. If you are constantly running out of data or calling minutes, and having to top up with expensive bonuses, it’s probably time to look at changing. At Canstar Blue we make it easy by comparing a range of phone plan providers. To get started, just click the button below. 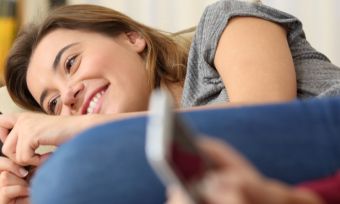 How to Get Free Netflix, Spotify & Amazon Prime