Canstar Blue explores all you need to know about Octopus Energy:

In this article we cover:

What is Octopus Energy 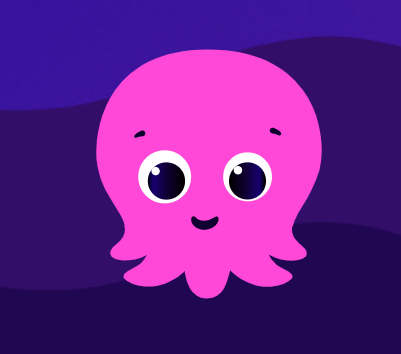 Founded in 2015, Octopus Energy is a global power company. Based in London, it has operations in nine countries, including across Europe, in American, Australia and now Aotearoa.

In addition to being an electricity retailer, Octopus Energy has a range of other divisions that focus on high-tech energy solutions.

What plans are Octopus Energy offering?

Here in NZ, Octopus is offering two simple-to-understand energy plans. One for low users, one for standard users.

Currently, government legislation is removing the low-user electricity tariff. This means that if you’re on the low-user tariff because you don’t use much electricity, your power bills could have already started to rise.

This is because the low-user rate is being phased out and, for each year of the five-year phase-out, power companies are able to increase daily charges for low-users by approx. 30c, until they are on a par with standard-user charges.

However, the BIG DEAL with Octopus Energy’s low-user plan is that there is NO DAILY CHARGE – an instant saving of around 33c to 66c per day, compared to other power companies that charge the daily tariff.

Here are the details of Octopus Energy’s two plans:

How does Octopus Energy’s pricing stack up against the competition?

It’s clear that Octopus Energy has three big things going for it when it comes to pricing:

It’s great that Octopus isn’t charging a daily fixed rate for low-tariff users. This is a big saving: approx $240 per year if you’re paying 66c per day and $120 annually if you’re paying 33c.

And compared to two competitors in the no-frills electricity provider space, Octopus’ per kWh rates are also competitive. Note, these quotes were for an inner-Auckland suburb, and rates will vary depending on your home’s location.

As you can see from the above quote from Octopus, it charges three different rates, depending on the time of day. These apply to both its low- and standard-user plans. The rate bands break down to:

Depending on your home’s power consumption, the different rate bands could make a huge difference to your bill. If you can use your power-hungry appliances outside of peak times, the savings could be considerable.

And, again, when comparing Octopus’ standard-user rates alongside those of two competitors, they are very competitive.

Okay, this one isn’t for everybody. Just those who have solar panels. But at 17c per kWh, Octopus’ solar buy-back price is around 10c per kWh more than other power companies are offering.

In an energy market that is witnessing steep price rises for low-rate users due to the phasing out of the low-user tariff, Octopus’ lack of daily charges for low-power consumers is a market-leading deal. Especially when you also consider its competitive per kWh pricing in its low-user plan.

And its deals for standard power users are just as attractive. In our price comparison against similar power providers, Octopus offers a good daily rate, plus competitive peak-time power pricing backed by some great discounts for off-peak usage.

Of course, whether you can make the most of Octopus’ cheap power prices will depend on your power usage. However, if you’re looking for the best power deal for your home, checking out Octopus Energy’s great deals could be well worth it.

Especially since Octopus guarantees that you’ll save money on your power bills in your first year with them. And if you don’t, they promise to credit you the difference, plus $50!

We guarantee you’ll save money in the first year compared to your old power company. Ts & Cs apply.

When comparing power companies, it’s important to consider the broader picture – don’t become too focused on finding a deal with a big prompt payment discount or special perk. Be sure to balance all the rates, discounts, fees and contract periods when making a decision, as well as more personal factors, such as customer service and support.

To help you find the best value electricity retailer, Canstar Blue rates NZ power companies for customer satisfaction and value for money, see the table below for some of the results, or you can click on the button below for the full results of our survey.

Show Important Notes^* Hide Important Notes^*
* Overall satisfaction is an individual rating and not a combined total of all ratings. By default, brands with equal overall satisfaction ratings are sorted by the mean overall satisfaction score as rated by consumers. You can click the arrows at the top of any column in the table to sort by the results in that column.
^ By clicking on a brand or 'details' button, you will leave Canstar Blue and be taken to either a product provider website or a Canstar Blue NZ brand page. You agree that Canstar Blue NZ’s terms and conditions apply (without limitation) to your use of this service,to any referral to a product provider from our website, and any transaction that follows. Canstar Blue may earn a fee for referrals from its website tables, and from sponsorship (advertising) of certain products. Payment of sponsorship fees does not influence the star rating that Canstar Blue awards to a sponsored product. Fees payable by product providers for referrals and sponsorship may vary between providers, website position, and revenue model. Sponsorship fees may be higher than referral fees. Sponsored products are clearly disclosed as such on website pages. They may appear in a number of areas of the website such as in comparison tables, on hub pages and in articles. Sponsored products may be displayed in a fixed position in a table, regardless of the product’s rating, price or other attributes. The table position of a sponsored product does not indicate any ranking, rating or endorsement by Canstar Blue. See How we are funded for further details.
Canstar Blue NZ Research finalised in April 2022, published in June 2022.

This report was written by Canstar’s Editor, Bruce Pitchers. Bruce began his career writing about pop culture, and spent a decade in sports journalism. More recently, he’s applied his editing and writing skills to the world of finance and property. Prior to Canstar, he worked as a freelancer, including for The Australian Financial Review, the NZ Financial Markets Authority, and for real estate companies on both sides of the Tasman. 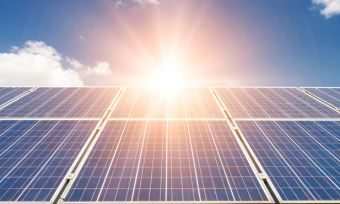