As ultra-fast broadband plans keep getting faster, if your old router isn’t up to scratch, you’ll likely be missing out on the full benefits of your super-speedy broadband.

Recently, more and more internet providers have started offering internet at incredibly fast speeds. While most ultra-fast broadband (UFB) plans offer download/upload speeds of 100/20Mbps, some providers are offering deals with download speeds nearing 1Gbps (1000Mbps). However, if your router isn’t up to the task, you could well be suffering from broadband bottlenecks.

Routers play a key role in home network set-ups, so it’s important to ensure that you have a model that can handle the pace. Of course, many retailers include a router with their UFB plans, or may offer a limited selection of routers at an extra charge. So, as a starting point, it’s certainly worthwhile assessing these routers to determine whether they’re up to your needs.

But for some households, especially those with many users of data-heavy tech, it may be worthwhile exploring additional options. For, if you’re on the market for a super-fast modem to maximise your broadband experience, there are plenty of options available. 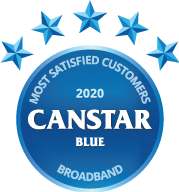 What is a router?

To begin with, it’s important to understand the difference between a router and a modem. Modems act as a bridge between households and external networks, allowing homes to connect to the internet. A router, meanwhile, is a device that manages local network traffic and streams the flow of data via wireless connections (wi-fi) and wired connections (ethernet).

Traditionally, routers have worked in conjunction with modems to create wi-fi and ethernet home networks. If you’re on either an ADSL or VDSL connection, you’ll need a modem and a router, or a two-in-one unit.

But rather than a modem, households with a UFB connection are fitted out with an optical network terminal (ONT). This is a small box installed inside your home that, in turn, is connected to your router.

In recent years, mesh routers have emerged as a popular home networking option. These devices comprise a main router, and a number of additional access points (often referred to as nodes), which can be strategically positioned around a home to improve wi-fi coverage.

Router shopping: what to keep in mind?

If you’re suffering from broadband bottlenecks, it’s important to first determine the cause of the problem. As an initial step, it’s worthwhile getting in touch with your retailer to help identify any issues.

If a new and improved router is necessary to speed up and streamline your home network, it helps to compare the features on offer from different models and then match them to the unique requirements of your household.

When weighing up your router options, it’s also important to confirm UFB compatibility with your retailer.

Router features to keep in mind include:

Across wi-fi 5 and wi-fi 6 routers, there are a number of additional technologies that may be incorporated, including:

Ultimately, if you’re after the fastest broadband, it’s always worth doing a little research into the best and fastest broadband deals. To help you get a clearer picture of broadband providers in NZ, Canstar Blue rates all the big providers in the market annually. We survey thousands of broadband customers and ask them to score their providers across categories including Value for Money, Network Performance and Customer Service.

The following is a selection of wi-fi 5, wi-fi 6 and mesh routers. When choosing a router, it’s worthwhile not only weighing up your current requirements, but also looking ahead. Consider what your home network may look like in a few years’ time, and choose a router that will be able to deliver on those needs. Also keep in mind that while wi-fi 6 is backwards compatible with previous wi-fi standards, wi-fi 5 devices connecting to a wi-fi 6 router will run at wi-fi 5 speeds. 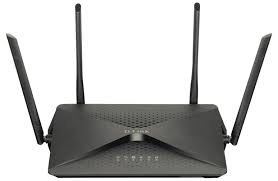 D-Link’s Viper 2600 Modem Router can be used with VDSL, ADSL and UFB connections, and is equipped with MU-MIMO technology. D-Link states it’s decked out to deliver “an enhanced HD streaming and gaming experience”. 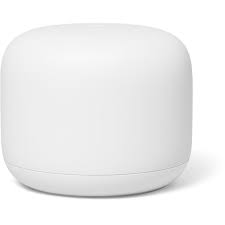 Google’s Nest Wi-fi is a mesh router that is expandable via the addition of Nest Wi-fi points, which are designed to enhance wi-fi coverage throughout a home. In addition, each Nest Wi-fi point is also a smart speaker, equipped with Google Assistant.

The Nest Wi-fi router is powered by a quad-core processor, and is equipped with MU-MIMO, beamforming and band steering. The router is typically available for purchase on its own, or as a pack, with either one or two points. 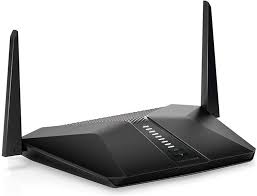 Powered by a dual-core processor, the Nighthawk AX4 is equipped with OFDMA and Beamforming+ (Netgear’s beamforming technology), with a wi-fi range suitable for use in small-to-medium homes.

TP-Link’s Archer AX6000 Next-Gen Wi-fi Router is designed to provide users a range of wireless and wired connection options, with TP-Link pointing to its capacity to deliver both faster speeds and larger capacity.

Bundle and Save with the Best Broadband Bundles

How to Achieve A Lightning Fast Home Broadband Network