Advertisement
You don’t have to spend a fortune to get a great all-round smartphone. Canstar explores the best budget smartphones on the market.

Budget smartphones may not be teeming with the trendsetting trappings typically found in new-release flagships. However it is still possible to pick up a model with a solid range of features for under $300. In fact, many budget smartphones have the basics well and truly covered, from large screens to a decent battery life, and can deliver all-round value for your dollar.

When choosing a budget smartphone, prioritising the features you require is a good starting point. This will help you determine the sort of price tag you are looking at.

With a budget model, you’ll likely need to make some trade-offs when it comes to certain features. However, the cheaper end of the smartphone market has been growing in recent years, and there are plenty of phones to choose from.

In the following guide, we take a look at some of the important features to keep an eye out for when shopping for a budget smartphone, along with a number of recent releases priced at under $300.

Below are some smartphone fundamentals worthwhile considering when weighing up the pros and cons of different models. It’s unlikely that budget smartphones will be sporting standout features in any of these categories. However it is important to consider how the collective features on offer add up.

Of course, an overriding consideration should be what you actually want to use your phone for. And this is where prioritising features and trade-offs will likely come into play when assessing the merits of different budget models.

While many mid-range and premium smartphones sport FHD+ and higher-spec displays, the budget models that we’ve covered in this guide offer HD+ displays in the order of a 1600 x 720 resolution (measured in pixels).

However, it’s still possible to pick up a budget smartphone that will be more than serviceable when it comes to video streaming and gaming. Also, keep in mind that while high-tech displays are often a key feature of premium devices, these displays generally come at a significant price premium.

In the budget category, it’s all about the Android operating system. It might be possible to pick up an older, secondhand iPhone (iOS operating system) in this price bracket. However, when it comes to cheaper new releases, Android dominates.

It’s important to look for smartphones with recent Android versions (new versions are generally released once a year), which contain the latest-release features, designed to enhance usability, along with security updates.

Many budget smartphones sport rear camera systems designed to provide users a variety of photo-taking options. The models looked at below are decked out with triple- and quad-camera systems.

It’s certainly possible to secure a budget model with a handy camera set-up. Smartphone camera quality has steadily improved over the years, and has become an important consideration across all categories of smartphones.

When weighing up camera specs, keep in mind factors including the type and scope of lenses being used, MP resolution, video recording capabilities and software support.

While the surface features will generally be the first to catch the eye, don’t lose sight of the all-important, under-the-hood components that power a smartphone. As these have a huge bearing on usability.

Some features to keep in mind include:

You’ll want a smartphone that you are comfortable using, so it’s worthwhile keeping in mind device dimensions. Of course, different manufacturers bring their own idiosyncrasies to their smartphone designs.

Meanwhile, durability features in budget models, such as water and dust resistance, are generally not as prevalent as in the mid-range and premium range categories.

The following is a selection of smartphones released in the last few years priced at around $300 and under. 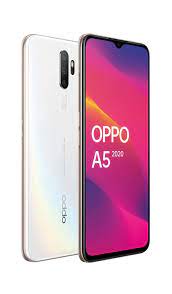 Oppo describes its A5 (2020) smartphone as sporting “a camera for every occasion”. It is equipped with a rear quad-camera system, capable of 4K video recording at 30 fps, along with a front-facing 8 MP camera.

In addition to this, the A5 is decked out with a 6.5-inch display, featuring a waterdrop notch, and is designed for use in strong sunlight.

Price – the Oppo A5, available in mirror black and dazzling white, can be found online for around $229* 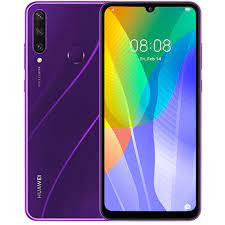 Huawei’s Y6P smartphone was launched in May 2020. Huawei highlights its 5000 mAh battery capacity, which provides up to 32 hours of video playback on a single charge. The Y6P can also be used as a one-way reverse charger to recharge other phones.

The Y6P sports a 6.3-inch dew-drop display, which Huawei states is designed to deliver “a wide and immersive visual experience”.

Price – the Y6P, available in phantom purple and midnight black, can be found online for around $249* 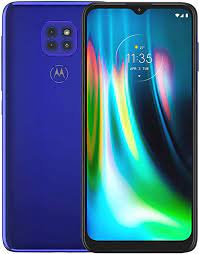 Motorola unveiled its moto g9 play smartphone in September 2020. It is equipped with a rear triple-camera set-up, including a 48 MP main camera, which Motorola states provides for sharper photos in low light and “incredibly detailed close-ups”.

Among its other headline features, the moto g9 play’s 5000 mAh battery can deliver users two days of power on a single charge.

Price – the moto g9 play, available in sapphire blue and spring pink, can be found online for around $297* 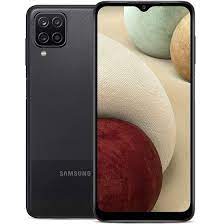 Samsung’s Galaxy A12 smartphone was launched towards the end of 2020. It sports a 6.5-inch display, which Samsung states delivers users “sharp, crisp and clear” content. Another notable feature is its rear quad-camera system.

The Galaxy A12 has a 5000 mAh battery and supports 15W adaptive fast charging.

Price – the Samsung website lists the Galaxy A12, available in black, white and blue, for $299*

If you’re in the market for a phone plan, discover how the big phone companies compare and check out Canstar Blue’s latest phone provider ratings, just click on the button below. 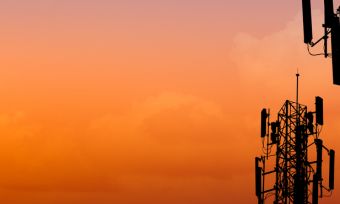