The costs of running household appliances can quickly add up, however Energy Efficiency and Conservation Authority (EECA) figures released towards the end of last year show that New Zealanders are benefiting by seeking out energy efficient options.

“Savings from the uptake of energy efficient appliances over one year in New Zealand are equal to the energy used by 25,000 homes,” EECA Standards and Regulations Manager Eddie Thompson commented. “The reduction in carbon emissions is equivalent to taking 37,780 cars off the road each year.”

Consumers should certainly keep in mind long-term running costs when making an appliance purchase, weighing up expected costs against the initial purchase price, particularly in the case of appliances with long lifespans, such as refrigerators, heat pumps and air-conditioning units.

Additionally, running appliances in an energy efficient manner can result in significant savings over the long term, and it is worthwhile determining economic methods of usage for individual appliances.

What is the E3 program?

The EECA advises that the trans-Tasman E3 program sees “New Zealand and Australia develop common energy efficiency measures to regulate the energy performance of products in both countries”.

The measures developed are minimum energy performance standards (MEPS), requiring that only products meeting a minimum standard for energy efficiency can be sold in New Zealand, and the Energy Rating Label.

The Energy Rating Label appears on household refrigerators and freezers, heat pumps, clothes washers, clothes dryers, dishwashers, computer monitors and televisions, with the EECA advising: “The Energy Rating Label tells consumers how much electricity an appliance will use and allows them to compare the energy efficiency and running costs of appliances with similar features.”

Among the features of the label is a star rating, which allows consumers to compare the energy efficiency of similar models (the more stars, the more energy efficient), and an estimate of the product’s annual energy consumption, expressed as kWh per year, based on assumed usage.

The EECA states that since the 2002 commencement of the E3 program 66 million energy efficient products have been sold, with savings to New Zealand of $848 million, with carbon reductions of 1.4 million tonnes. 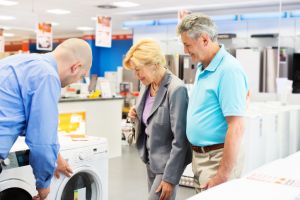 There are a number of factors that consumers should keep in mind when appliance shopping, and researching what your options are, and which models of appliances are best suited to your patterns of usage, will pay off in the long term.

Of course, regardless of the appliance, before making a purchase it is worthwhile determining what sort of value it will deliver, and whether it is, in fact, necessary. As noted via the Ministry of Business, Innovation and Employment’s Smarter Homes website, there may be other options available, with some appliances being “expensive ways of doing jobs that can be done quite easily in other ways or, through renovation, can be eliminated”.

By way of example, Smarter Homes notes that while dehumidifiers cost up to 40 cents for every litre of water they remove from a home, this is a job that may potentially be eliminated by installing proper ventilation, insulation and heating.

“However, if your appliance is old you may be better off getting a newer model that is energy and water-efficient,” Smarter Homes advises. “For example, a modern fridge will use around half the electricity of a 15-year-old fridge, meaning you’ll quickly make up for the cost of buying it.”

Dependent upon the appliance, consumers should determine the right specifications for their household (such as the capacity of a dishwasher, washing machine or clothes dryer), keeping in mind, especially with regard to longer-life appliances, that changes in circumstances will in turn impact usage patterns.

In particular, it will pay to look ahead to the sort of value that will be delivered by longer-life appliances that will regularly be used over the longer term.

“A model that is initially more expensive may be more efficient and save you hundreds of dollars over its lifetime,” Smarter Homes advises. “The cost difference between two appliances might not be that big, but the ongoing power bill savings from an energy efficient model could be considerable.”

Via the calculator, consumers are provided information on how an appliance’s energy rating affects the amount of energy used, and the estimated yearly running cost of appliances, with annual running costs calculated at 26 cents per kWh.

Consumers choose an appliance category, entering their usage details (such as the screen size and running hours per day for televisions or monitors) and the energy rating of the appliance, with the calculator providing maximum energy consumption and running costs per year.

Consumers also have the option to add additional appliances, allowing for annual running costs and usage to be compared. 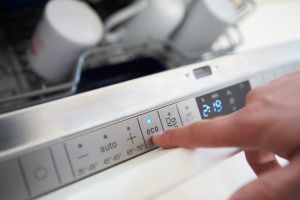 Of course, in addition to purchasing energy efficient appliances, running an appliance economically will help to cut costs. For instance, neglecting to turn off appliances that are not in use can add up over the course of a year. As advised via the Energywise website:

“Appliances left on standby can cost you more than $100 a year on your power bills. Major culprits are home entertainment appliances, like TVs, stereos, game consoles and computer equipment.”

Energywise advises that householders should plug appliances into multi-plug boards, allowing them to be properly turned off at the same time, and to turn off other appliances, including whiteware, at the wall.

Across the range of appliances commonly found in homes, Energywise recommends the following measures:

Certainly, it makes sense to store rarely used appliances rather than leaving them plugged in, and to develop economical patterns of usage for appliances that are more regularly used, with the savings achieved having the potential to add up over the long term.

How to cut the energy costs of appliances