The Rugby World Cup is arguably the most important sporting event for New Zealanders. The 2019 tournament in Japan from September to November will see the All Blacks defend the Webb Ellis Cup for an unprecedented third time in a row. While All Blacks and potential players have kicked off their rugby season, many Kiwis behind the scenes are wondering how they are going to watch the tournament. This year, the event will be streamed on the internet for the first time in New Zealand, after Spark and TVNZ won the broadcasting rights in a joint bid, stealing the ball off former holder SKY TV.

So, what will watching the Rugby World Cup be like for New Zealand fans this year? Will special devices or connections be needed? Will there be costs? Canstar Blue investigates for fans:

Spark Sport is set to launch in Beta in March, giving a chance to test the technology before demand peaks. During this time, Kiwis will be able to sign up for a month’s free trial. Fans are being encouraged to register their interest now, before the launch.

The good news for Rugby World Cup fans is that they will not have to sign up to Spark Sport for a fixed term to watch the tournament, nor will they have to be Spark customers.

What devices are needed to watch the Rugby World Cup? 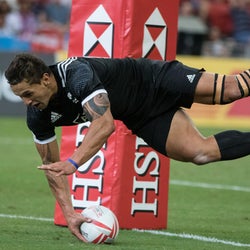 For the two-thirds of homes who do not have access to an internet-connected TV device, they will be able to watch on their PC, laptop, smart phone or tablet. However, connecting to a big screen TV is easy, with Google Chromecast being a quick, affordable option (see Canstar Blue’s article How to connect a ‘dumb’ TV set).

Disappointingly for those with a Smart TV or Apple TV, these devices will not be able to play the Spark Sport app straight away. However, Spark Sport says its app will be available on Samsung TVs shortly after launch, expanding to platforms like Apple TV, and Panasonic, LG and Sony Smart TVs over the first six months. Hopefully for fans with these platforms, this will be done in time for the big tournament.

Fans will be able to switch between devices. Spark Sport promises full details on device support and how to get connected will be available from a comprehensive help website.

What quality can I watch the games in? 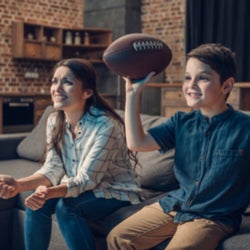 How much will it cost to watch the Rugby World Cup?

Spark Sport has set the recommended retail price for its app at $19.99 a month, with discounts likely for Spark customers. However, pricing and package details for the Rugby World Cup will not be announced until April, suggesting the tournament will cost more. In April 2018, Spark managing director Simon Moutter said it would cost fans around $100 for the whole tournament, with the option to watch individual games for a smaller fee.

Can I watch any Rugby World Cup games for free in 2019?

If you are a big rugby fan but do not want to fork out for an app – fear not! Spark’s bidding partnership with TVNZ ensures there will be some games broadcast free-to-air. This includes the opening match between Japan and Russia on Friday, 20 September and the final on Saturday, 2 November. Further matches are to be announced but a total of nine games will be free-to-air. This is the same number of matches that were broadcast in 2015, when SKY TV had broadcasting rights.

TVNZ’s coverage will be focused exclusively on broadcast TV – its live stream will be turned off when it screens any matches, to avoid duplication with Spark Sport.